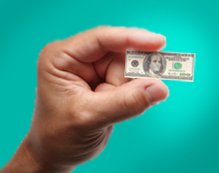 A study conducted by TD Ameritrade reveals that 40 percent of young adults believe they will have an inheritance passed down from their parents. What they may not expect, however, is what occurs when they receive considerably less than their siblings or other family members.

In January, I was featured in an article published by the Pittsburgh Post-Gazette titled, “Deciding how to split an inheritance among your children.” In this piece, I discuss how to regulate offering unequal inheritance amounts to children, as there has been a rising trend seen in parents opting to give “quality over quantity” style gifts (for example, leaving the family business to one child over another, buying one child a $1 million home in California and another child a home for $250,000 in Colorado instead of gifting equal cash amounts, etc.).

With unequal gifts becoming more common and adult children potentially “missing out” on the traditional cash gift that they may have expected, it raises the issue of multi-generational dependence on inheritance. Generational dependence is a concern with younger investors, as they likely are not putting added effort toward their own retirement savings, believing that they will just be passed a lump-sum of cash.

With this in mind, below are some points for investors of all ages to consider:

It’s important to remember that an inheritance, be it equal or unequal to other family members, is never a guarantee. Investors should make efforts to become financially independent outside of an “expected inheritance” and then use any type of windfall that is granted to further financial goals and objectives over the long-term.