What Is Inflation and How Will It Affect You? 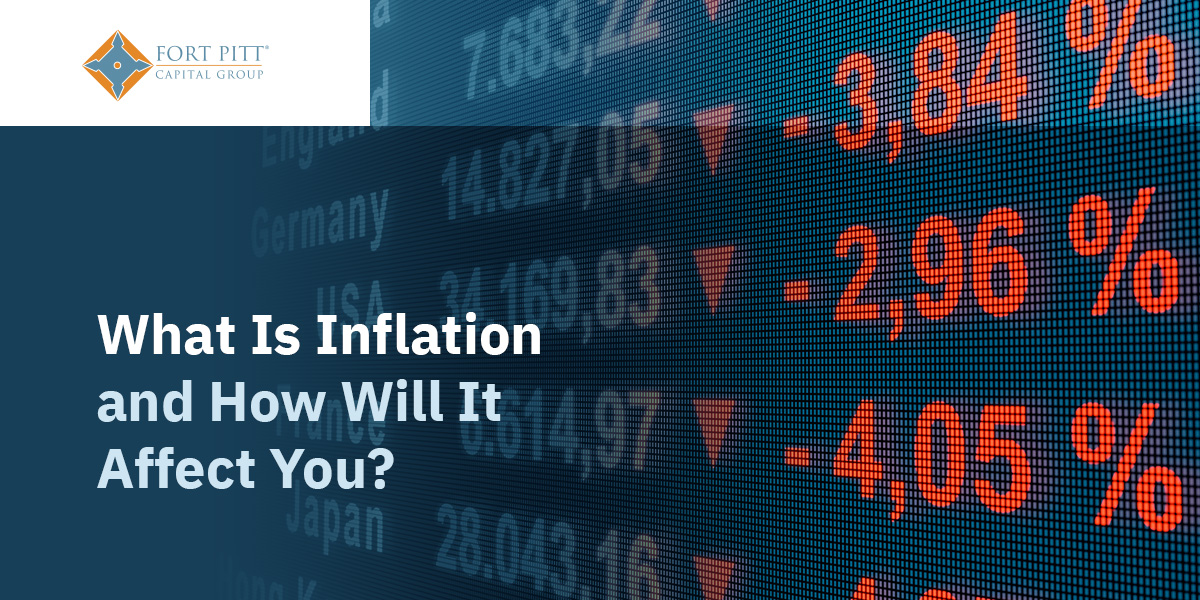 Inflation isn’t necessarily bad — the Federal Reserve (Fed) considers a 2% annual inflation rate acceptable. But when inflation gets too high, it can seriously impact the cost of living, your quality of life, and the overall economy.

Take a closer look at the impact of inflation and what high inflation means for you and your money.

The definition of inflation is an increase in prices over time. Another way to define inflation is as a loss of purchasing power. If you have $100, you can buy a $100 gadget, but that same $100 gadget will cost $102 next year if inflation is 2%. Your $100 won’t be enough to buy it.

Inflation isn’t even across the board. Some prices will increase more than others over the same period. The cost of fuel might increase by 10% over a year while the cost of flour goes up by 4%.

In the United States, two indexes measure inflation. The first is the Consumer Price Index (CPI) which tracks the cost of goods people living in urban areas buy. The second is the Personal Consumption Expenditures Index (PCE).

While the CPI only looks at urban consumers, the PCE tracks the purchases everyone makes. The PCE also measures the price of services people don’t always pay for out-of-pocket, such as medical care.

The CPI collects data from household surveys, and the PCE gets its data from suppliers and gross domestic product (GDP) reports. Both indices come out monthly. Often, the CPI shows a higher inflation rate than the PCE. When it sets its inflation objectives, the Fed relies on data from the PCE, not the CPI.

What Is the Inflation Rate?

The inflation rate changes monthly and yearly. It also varies based on the product category. The CPI and PCE often depict different inflation rates since they have varying methods for tracking prices.

While rates change based on the data collected, measuring inflation is similar. An agency that measures inflation begins by gathering price information. Typically, an agency collects data on the price of goods and services people consume most often.

They call the collection a basket. The basket doesn’t contain price data for every good or service. Usually, the basket has information on the things most households use, such as:

Once an agency has information on how much goods and services cost today, it can compare the current price to a previous month’s or year’s price data. The difference between the two is the inflation rate.

There isn’t a single cause of inflation. Instead, multiple factors come together to push prices up.

Supply and demand often contribute to inflation. When an item is in hot demand, but there isn’t much of it to go around its price jumps. Fuel is a good example. When oil production drops, the price of fuel tends to increase. People still need to drive places, but there isn’t enough gasoline. Gas prices rise as a result.

Supply chain issues also contribute to inflation. When retailers can’t get the goods they ordered quickly, but there’s significant consumer demand for those goods, the prices rise.

Other economic factors drive inflation up, as well. When interest rates are low, you can get a loan or credit card with a low rate. It’s less expensive to borrow money, making you more likely to spend. The more people are willing to shop and spend, the greater the demand for goods and the greater the price of those goods.

A few other factors that contribute to inflation include:

How Will Inflation Affect You?

Although inflation isn’t necessarily negative, it can impact your purchasing power. When inflation increases, you need more money to buy the same goods and services you did a month or year ago. 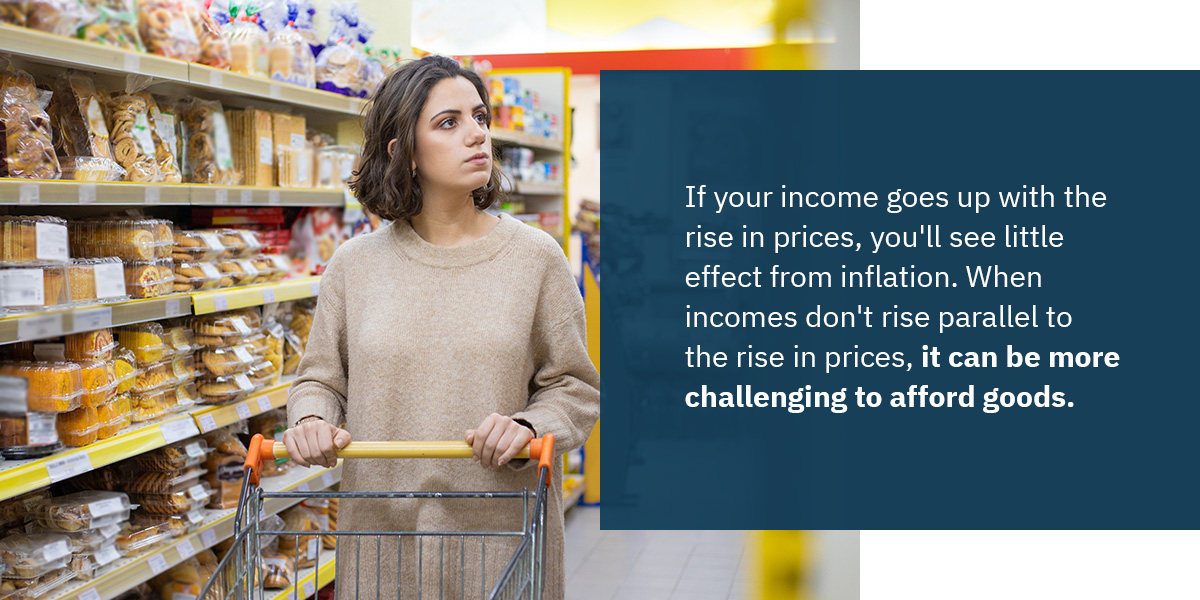 Inflation can also affect the value of your rate of return. If you have an investment that earns a fixed rate, such as 4%, and inflation rises above 4%, you have less purchasing power than if you had a 4% return and inflation was 2%.

While inflation can be good news if you already have debt, it also makes borrowing money more expensive. A common response to higher-than-ideal inflation rates is for the Fed to raise interest rates. The rates on credit cards and other types of consumer debt go up.

How Does Inflation Impact the Economy?

Inflation benefits the economy when it is at or below the acceptable rate of 2%. It encourages people to spend, which keeps the economy moving along. Inflation also helps to keep unemployment down.

When inflation increases too quickly, it can hurt the economy. The Fed’s response to rapid inflation is to raise interest rates. Rising interest rates aim to slow down demand, putting the brakes on inflation. In some cases, the drop in demand can go too far, leading to a recession.

High inflation rates can make the stock market more volatile, triggering large-scale sell-offs. When inflation is up, companies need greater returns to see a profit or break even. The return on investment drops when inflation increases, too. A stock with an average annual return of 4% is less valuable when inflation is 5% compared to 2%.

Rising prices and higher-than-average inflation can mean it’s time to reevaluate your portfolio and adjust to stay on track for your goals. Fort Pitt Capital Group is a financial advisory services company that aims to create the greatest benefits for the customers we serve. 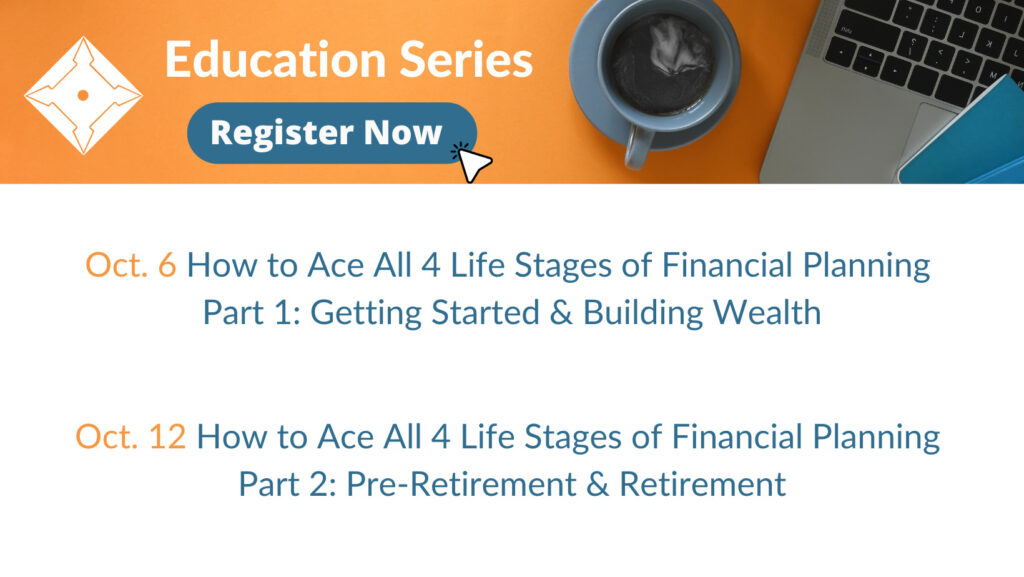