Why you should keep a close eye on the repo market 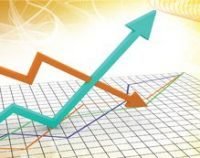 One of the most overlooked powers of the financial market is so important that it actually acts as the plumbing that makes everything go. I’m talking about the repo market, which is shorthand for repurchase agreements. Although there are a lot of moving parts within the repo market, it’s a critical system that helps the financial market and economy function properly.

Recently, there has been what’s perceived to be a supply and demand issue occurring within this market. The repo market helps the 12 Federal Reserve Banks finance their overnight operations. This help comes from money market funds or pension accounts that have cash that needs to be invested overnight. Typically, these two sides work together and decide on a rate that’s around the overnight federal fund rate.

A more digestible way to explain this is that there’s one side of the equation that has treasuries that are sitting on their balance sheet, which are the 12 member banks. On the other hand, there are people with significant money that can purchase those on an overnight basis to fund the 12 banks. These are just one-night trades that reverse the next day.

During times of distress, such as the 2008 financial crisis, there were a few of these banks that needed overnight funding, but the other side of the equation wasn’t willing to lend money out to them. The current situation we’re in with the repo market doesn’t seem to indicate a repeat of what happened in 2008.

In 2008, Lehman Brothers didn’t have the financing to pay their bills or payroll, so they weren’t able to operate. They had most of their financing done overnight because it’s the cheapest way for banks to finance, and it all disappeared in an instant. The company went from getting billions of dollars in financing to nothing and went out of business.

What may be happening right now is that there are too many treasuries and not enough cash to support the repo of those treasuries. This could be attributed to the tax payments that have been paid by corporations in the past few weeks. When there’s a disconnect like this, the Federal Reserve realizes that the repo market won’t buy the bonds, so they’ll buy the bonds from the banks on an overnight basis until the situation goes back to normal.

From a fixed income standpoint, I’m watching to see if these overnight levels creep into the longer-term corporate bonds. And I’m waiting to see if the spreads are widening on these financial companies and if it’s impacting them as well. When this happened in 2008, not only did the repo market get expensive, they’d be willing to do anything to finance these bonds out to the curve. However, I don’t see the overnight level transferring into other issues because this seems to be a technical problem occurring within the system, not a systematic one.

Many investors are curious how long the issue will occur within the repo market. Considering the repo market has had these issues every day for over a week, it’s starting to feel as though there’s more to it than we’re seeing. But it’s also important to keep in mind that there’s a significant amount of money that has gone out for taxes in the last few weeks so it may take time for it to replenish.

If the repo market continues this path in the upcoming week or two, we may be able to see if it’s more than a supply and demand issue. If that’s the case, it may signify that there’s a specific bank having an issue. In that instance, the bank would need to either find a way to finance their overnight operations in a different manner or the federal government would have to come in and rescue them.